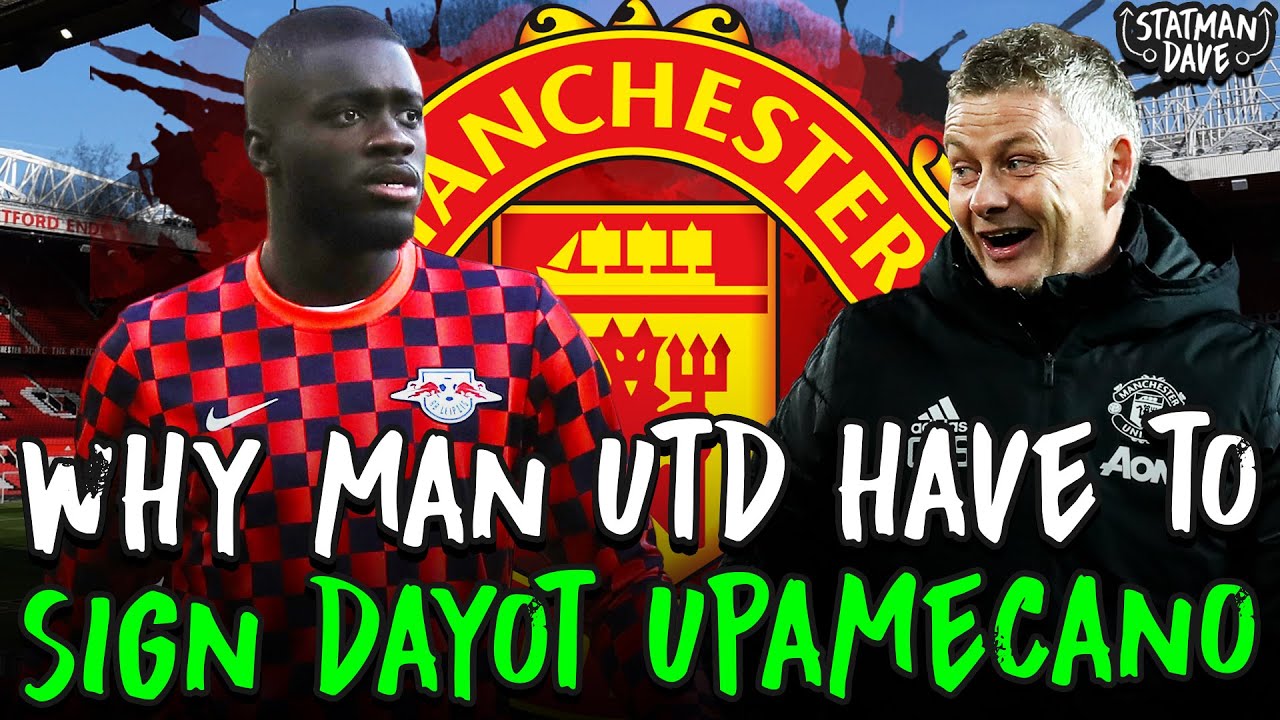 Why Should Ole Gunnar Solskjaer’s Man United Pay Dayot Upamecano’s Release Clause. Many top European sides including Real Madrid & Man City have been linked to the French defender, let’s see why Manchester United should target the signing of Upamecano.

Dayot Upamecano is coming off an outstanding season under Julian Naglesmann at Rb Leipzig. The French centre back has won 45 tackles in the Bundesliga this season.

You could say Manchester United shouldn’t really be targeting a centre-half this summer, but Dayot Upamecano could take Solskjaer’s side to an elite level in defence – alongside Harry Maguire & Aaron Wan-Bissaka. When there’s an opportunity to beat your rivals to a signing of a young prospect and improve your side, sometimes you have to take it!

There’s not many managers you would want to come through under than German tactician – Julian Naglesmann. This season Nagelsmann has used a variety of shapes and systems, from back four’s to back three’s and Upamecano has been a mainstay at the back. In fact since his return to Bundesliga fitness in September, Upamecano has played 90 minutes 20 out of a possible 21 times, with him being substituted after Leipzig went 7-0 up against Mainz.

You could understand Pep Gaurdiola’s Manchester City also being linked to the young defensive prodigy with his ability on the ball. The counter attacking play still makes use of Upamecano’s excellent recovery play but it’s in possession when he’s being asked to do more. Compared to last season’s Bundesliga, this season, Upamecano is making 45.7% more passes per game and not only is he making more passes, he’s got a higher pass completion rate as well.

Where do you think Dayot Upamecano will be next season? Drop your thoughts in the comment section!