Napoleon 1813: The Road to Leipzig 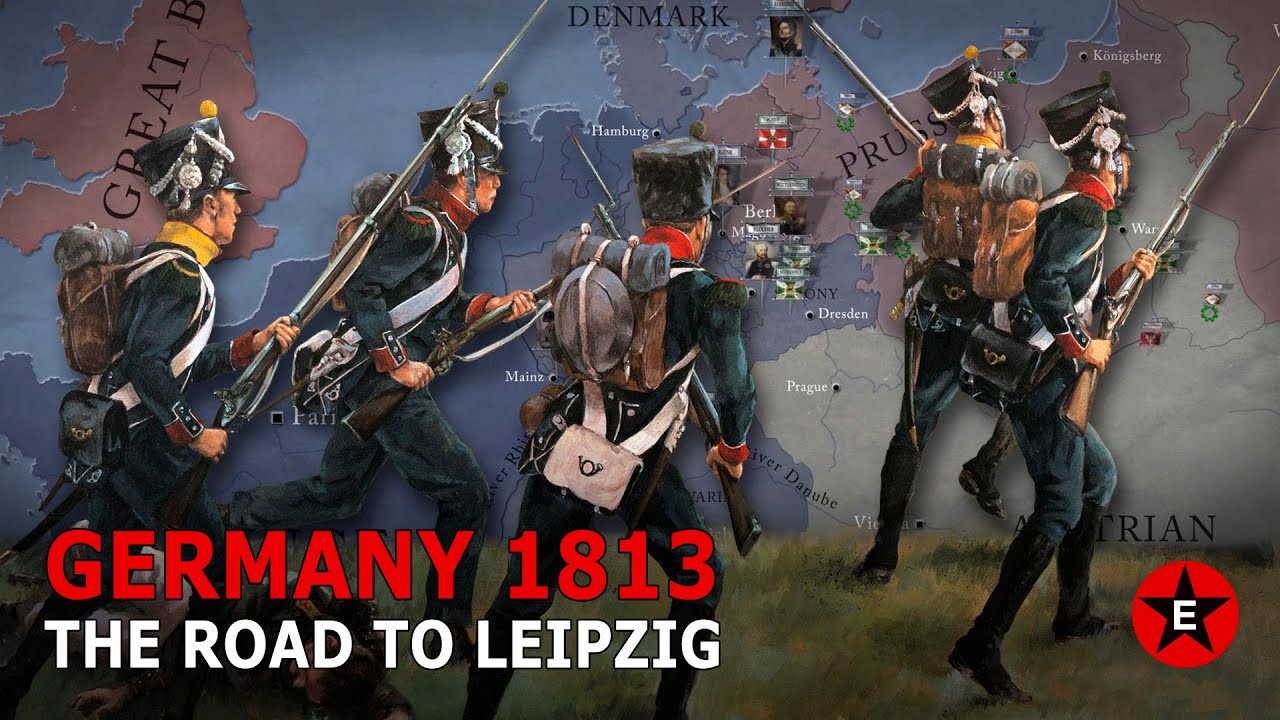 👉 Use this link to check out Curiosity Stream’s documentaries and use code ‘EpicHistoryTV’ to get 30 days free!

In 1813, following his disastrous invasion of Russia, Napoleon faced a desperate battle to save his empire. His enemies were gaining in strength, as Prussia and Sweden joined the Sixth Coalition against him, while Russian armies advanced across Poland and into Germany. The French Emperor worked miracles to raise a new Grande Armée of young conscripts, leading them to victory at Lützen and Bautzen. But Napoleon knew everything might ultimately depend on Austria – which side would his father-in-law, Austrian Emperor Francis I, chose to support? The matter would be settled after a fateful and ill-tempered meeting in Dresden between Napoleon and Austrian foreign minister von Metternich…

Special thanks to Alexander Averyanov for kind permission to use his paintings ‘On the Frontier’ & ‘Horse Guards at the Battle of Borodino’. Royal Interior Image by Monoar Rahman Rony via Pixabay

Thank you to our series partner Osprey Publishing

📚Recommended books on this topic (as an Amazon Associate I earn from qualifying purchases):
📖Lützen & Bautzen 1813: The Turning Point by Peter Hofschröer
📖The Cossacks 1799 – 1815 by Laurence Spring
📖The Napoleonic Wars by Todd Fisher
📖Combat: French Guardsman vs Russian Jäger 1812-14
📖Napoleon and the Struggle for Germany Vol 1 by Michael Leggiere
📖Napoleon’s Wars by Charles Esdaile
📖Napoleon the Great by Andrew Roberts

Support Epic History TV on Patreon from $1 per video, and get perks including ad-free early access & votes on future topics.